NYC Lower East Side.
Darkness of the city opens this fascinating Documentary on a family inhabiting an apartment high in a huge Municipal Lower East Side Manhattan Housing Block.
Some sixteen or more storey’s up live a family in reclusive retreat.
The Angulo’s one by one appear before the lens of astute gentle filmmaker Crystal Moselle’s alert and curious camera. Night life of the street is where she begins though high above is where the story really is about to unfold.

Streetwise
Far from being street wise, six brothers, young sister Vishnu and father Oscar, Mother, Susanne are bonded to the interior home circumstances have pressed them into. An anterior of suggestive other worlds is no longer viable. Surrounded on the walls are child drawn lessons, Susanne has extracted from her children. Infant colorful, like any families collection of the paths of education by children everywhere these are juxtaposed in the present by the brothers as performers.

Film by re-enactment
Liberal doses of six brothers enacting current films and fully transcribed, into script, theme and role play are ranged out. The elder, z, sets out before Crystal the process. The process is part of the travelogue. Only it is Resoviour Dogs, Halloween, any one of the favourite movies singled out for treatment. Of Five thousand tapes, DVDs, copies are library catalogued and the obsession is revealed meticulously and frighteningly as their means of reasoning behavioral complexities, know about, fictional but erstwhile rubicons dialing up reality fixations as narratives ‘there but for the grace of God went us.’ Actually the brothers find the very same responses millions of others have exposed. Their emotions, and here is the bewildering, fearful and accepting fiction as narrative and non-real. The deal each of us subscribe to. Even those incarcerated 98% of the time as they happen to admit to. They are very much alone with that one. Scarily so.

House Arrest
Over the first half hour we see several other cameras come into action.
Crystal’s and the nine others bringing archive family movies. All interior, from around a 2005 onwards, the growth of the children is woven into the matrix of this surreal vision. Later ‘The Scream’ is depicted for Cinematic value. It is seen later through a window. The outside world being the screen filler. The home made movies are reportage, historical, glimpses of behaviour. Oscar does not say anything nor do we have any insights until about half an hour or two thirds of often movie heavy story.

We are presented gradually with elements to build a wholistic view. That view is a despairing, failing, imprisoning, confining, constraining life lived by this family. None of the boys are allowed out onto the streets. They assume other identities to shift their thoughts and they are courtesy of Oscars own obsession of staying indoors watching movies, not working and ambiguously going of to collect food. The meals a content of malnutrition at times and poor dietary function.

The rustic action of mid-America experienced by Susanne growing up unfortunately is not this reality. Her love of the children has contained compromises and both parents have a static view which delivers their contempt of the harmful ways so prevalent particularly outside their door and to their credit they protect their children from without any expression of evaluated sense.

How can it be evaluated as they have no parameters other than the miracle of their children’s acceptance of the deal?
They are bound by the parental constraints which Crystal Moselle’s restraint allows space to be private and for its self resolution. She keeps at a respectful distance and allows the siblings to seek it out among themselves.
There are quite a few key moments and these are not revealed here but they are equally wonderful and bamboozling.

Camera. Stifling
Just when I begin to suffer the intensity of the Films claustrophobic beginning relief begins to arrive. The film opens up. Eldest, Visnu begins to access the open world.

There is a continuing ongoing relationship, differing across the brothers in their feelings for their father and the Visnu being eldest gets to disclose most. The situation never harmful or threatening but spaces widen.
In keeping with the film makers approach the softly softly approach works also with both parents.

Paradoxically a lot of what should or could have been revealed to the children concerning motives and other things influencing the parents are revealed for the first time to the camera. No discussions or talk about issues seems to have gone on so this is further vexatious and may amount to new life lessons on the group – they call themselves The WolfPack. 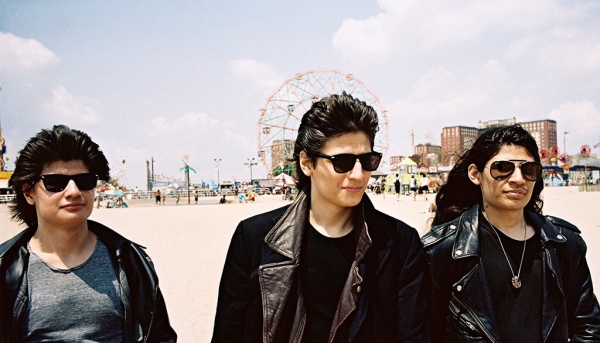 Open the shutters
The expanse of the world outdoors as each is given allowance by the seemingly innocuous process of this film, seems to creep up on them.
Soon they are for example going to the ‘beach’ at Coney Island and from here on it is mostly open mouthed amazement.

The NYC of before is now less threatening in three D.
The trees and quality of all natural things is intense as The Yellow Brick Road.

Conclusion ####4
For us it is warming to see all the family develop. For them fear is a continual factor and the watchful, turnpike of the road is yet to be journeyed even the road taken by the sagefull, self aware Oscar.

The pitfalls are bound to present but the success is the ingrained sense of innocence, it’s intrinsic value. The landing on a new planet bit should overwhelm but it does not and wonderment instead is revealing.
How much the false values, wider scoping, novel and collective nonsense of Cinema will become continuing escapist stock is for the future to provide.

Crystal Moselle has been given a task or chosen a task which has not of itself been unsettling but it is a harvest.

The mature years are now before them and hopefully the choices they make will be fruitful and worthwhile because they have missed much of the ‘socialisation’ with the rest of humanity that forged or has formed life’s anxieties big and small for all of us.

This is a truly fascinating film and it has provided more questions than answers because there are more than ever could be asked.

I am even beginning to make parallels with Go Set a Watchman.
The scene where Doctor Finch, cat on his shoulder begins to ask what the place of identity is as Atticus has set up his white mans supremacist organisation.

Opens this Friday at QFT Belfast as a new release.

Check their website for bookings and times. Also it will only be around for a week or so so get to be first!