And the winners are….

The awards are in the cupboard for distribution on Stages floodlit and spot lit across the Globe in 2015 for works that reached us in the year just gone.

So many days of entertainment has been brought to us by the Film Industry without which the world would be more of a collective basket case than it already is.

It speaks against war,poverty, genocide, corruption and mostly our own harm on harm.
Human Harm
In a film not to go on the list ‘The English Doctor‘ Henry Marsh tells of his career which he delftly, lyrically, philosophically, breathtakingly, heartwarmingly but last and most distinguishably honors his own skills with humility and amazing unheard insightful ness of his term as a surgeon of the brain and all that placed him there in the book his wife provided (plagurising the plagiarist himself – nothing’s new I’ll find it for you Larry Page) called Do No Harm. Hippocrates must have heard in from the Barrista or Barman at his social hut.

So already you have a Film unready for the Oven of Acclamation by the Semi-Greenhouse dwelling – LA – hothouse flowers renegades all and sundry.

Two films on Human Rights I have seen and neither makes it onto the Documentary category and one that enters my list but comes off it as few have seen it is Apples of the Golan.

It is short because on any given day they could be in the top spot. So much film acclimation is about its timely delivery. Other times it is due to compelling world themes. Boyhood is particularly good and very good at that. So is Mr Turner, Under the Skin, The Grandmaster, Leviathan, The Imitation Game, there are more. Other film performances are battering down doors and some not having even been on General Release in the UK.
JK Simmons in a film reviewed elsewhere for instance is apparently a shoe-in for Best supporting actor – well being among the early viewers I think not.
He is limited in the role by the very nature of the part and is stereotypically the bad ass teacher with hidden gripes.

Keira Knightly is excellent and is convincing as the Turing foil which BC has in the same sphere every chance of nailing the Big one.
KK is a worthy Best Supporting Actor winner in my eyes.

I find it hard to restrict the year end list to 5 but it is a necessary task in my mind.

They are however arranged in the order I table today with my favorite last.

Two Days One night is a beguiling, bewildering, belligerent and superfine edge of the nerves chilling visual narrative told with the finesse of any director you could care to name.
Marion Cotillard creates this part in the manner Fonteyn created her Fredrick Ashton roles. That is with exceptional artistic and wonderous enthrallment. In seeing this film I was literally thinking alongside the walking the movement of seeing Margot Fonteyn completely rowing us into the dance, into the path of the story and us being with her.
How could the comparison be made except through the lucidity and poetry of an exquisite serious acting performance? Only one answer sheer artistry of a performer on their game.

When you watched MF and RN but particularly the women, as all ballet of significance and importance is a homage to the body of a woman.
The waif like strength of Margot Fonteyn beholden alongside the extraordinary masculine figure of the supreme male dancer Nuryev could not be more telling.

Telling is the word. Fellow French actress Juliet Binoche who inhabited my favorite contemporary film ‘Les Amant du Pont-Nuef‘ sought to herself engage with herself and have witnessed through dance this perilous journey.

I was totally absorbed beginning to end with this film for it’s telling of our times.

It’s delicate properly respectful pride of the French people whose identity is a contested place as far as a lot of Europeans are concerned.
(Rider: a lot of this film is shot in Belguim but that’s not the point).

I love the French people though there may be one or two exceptions that spill that cannot deign to wipe it up.
The essence of the people is encapsulated, the French character, flesh and bone, not just in The mesmeric Marion Cotillard but her fellow performers who each also reach the levels of the film making intent and delivering it so extraordinarily.

For me there is no question of it every being taken off the 2014 top of the mantle pride of place. For the second year in a row a French film gets my top vote. Last year it was the quite literally incredible ‘Holy Motors.’
The beauty of film making is distinctly alive in France (..and by locale Belguim..!!)

Further up and down the see-saw are found the wonder filled Polish film, Ida which I defy anyone not to be thoroughly engaged by. It has a generosity of will and sacrifice, saviour, coming of age emotion enriched as it is treated without necessity to adjust to much for the past circumstances which are carried and refuse to leave the stage of life’s drama.

Then there is one which I do not list as it is far too close to home to be yet considered as a depiction of truth. It takes as it’s timeframe 1971, abbreviated it, ’71 and turns it into a slave of the events in Northern Ireland.
It is framed in and around the city of Belfast and uses settings configured and still standing in Sheffield as the flats.

I once was a colleague of Brian Anson the GLC Architect who employed his Liverpool guile to turn against London’s philistines and was THE prime saviour of London’s Covent Garden – not the Opera House (since reformed and Floral Halled keeping the stage and Main Auditorium as it’s appendage – but the Market. Now Covent Garden District is a lesson in retention of civic space. Brian Anson came to challenge and have pulled down the Division Flats featured in the seventies for their cumbersome social experimentation – ghettos satin is an equally applicable franchise. Franchise Architecture doesn’t work – Jean de Renet and Mies Van de Rohe – never related their compositions of buildings, streets in the sky or skyscraper hip Philosopy much farther than their adopted surfaces. France and USA.

‘71 is a depiction and a violent one. As a film it gives insight to a degree but has no insider knowledge of the huge kind which The Guildford Four had.
On which in my view was only a scratching at the truth.
I am assisted in this view with the absurd way in which Twelve Years a Slave is held in totally undeserving acclaim. It is film racial porn. Fletcher was a name used in Whiplash and that has more Fletching as integral abuse in scale.
While Fassbinder flails and assaults the scene shots of horseman in the fields is disgusting hubris given what actually went in and widely chronicled. It would have turned out to have more credibility had Sam Taylor-Wood tackled it and twice as much delivered. But there you go awards and opinion.

Who is the slave – the Film Industry? 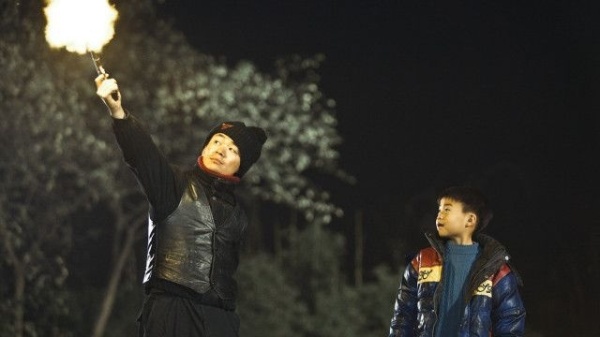 Unprecedented Access
It starts off with Village corruption and takes in Corporate destruction.
This is an unprecedented film giving insight and exposure to a view of contemporary China in a Le Haines type social immersive narrative.
Through small incidents, for the most part true, it conveys a vast continent of great beauty, varied landscapes and a pioneering drive that is seemingly relentless.
There has been a protected idealism in revolutionary China which concealed very harsh conditions resulting in a slow industrial revolution.
Nevertheless China was first to come up with iron steamships and has many other world changing contributions to our modernity. It does not differ a great deal in national terms, being a combination of provinces and integral uniquely individual development patterns. Think ex. Germany, Ex. Soviet Union and the identity trials are deadly similar.

Conclusion
####4
The China Element
It, the extra element, is the landscape, culture and cultivation. Amongst the construction which provides a continuity of focus depicting the ongoing China rush, much of it incomplete, in progress. The cinematic metaphor for the forces of change is a convincing motif of Jia Zhang-Ke learned talent, using it in tunnels, roads carved through beautiful stone, pristine stations city edges unmade, (like Joni Mitchell Hissing of Summer Lawns, stylized album cover, confrontation of nature and cityscapes coming to mind) – one LA based reviewer took the USA disparaging tack, – conspicuously lame and off beam, considering (perhaps because of desired detachment) with his apparent Chinese origins, – that this was a drama without psychological or social truism. It is a bit rich coming from the gross nature of Hollywood or the US and his conclusion that it was a mish mash is a case of art denial. Probably never made a Film in his life and under appreciates the vexatious problematic individual and national generaliseations necessary for this media.
It is a memorable important part of the developing Chinese cultural landscape and though heavy on the depression and violence conveys much.

QFT Friday 16 May until 22 May 2014 and other good cinemas.
Sorry for late review – didn’t spot this one coming.