November has come and gone and plans to get a blog out were thawrted and put aside but having started I think it worthwhile to put across what I observed and some reaction to the very good shows is to be put in writing along with some visual elements from the shows.

I take a long external look at the needs of art and how responses are so important to us in this and other times.

First is foremost
Whatever you conceive of as a concept it becomes a philosophy by being first ‘a specifically philosophical groundwork acquired through original self-activity, and therewith that firmness of basis, that genuineness of root which alone makes real philosophy possible.’

It is fascinating the syntax of language in forming the above view is heavily grammatically dependant on instilling adjectives which are themselves from nature. The beginning is based in the reality of known things such as ‘groundwork’, ‘activity’, ‘root’. The core is this use age which enables visualisation and connection to an idea which is never seen until the expression of it. Paint is the same in its development and execution of internal ideas.
The invisible Kantian standpoint of an a priori point of it existing before the present becomes a transcendency.

Patterns are the evolution microbial atom generator and the invisibility is the lock which holds the structure of existence together and in continual metamorphosis. So many artists are pattern seekers and evolve beyond that to contain pattern by dislodging the media to create another element.

With Athenite precision the artist has got hold of an idea which contains two parts. One is the unseen part and fanciful (not at all used in a derogatory way) but the construction manifesting other events. The Second is the fluid substantial existence of a manifest part. The actual physicality and production of the piece. It is experienced in a time portion while altering through its own structures of connections which Thirdly we stand apart from and linearly observe. When we are gone it continues as something other.
So there are in actual fact three not two parts.

There is a unique moment of confluence, a meeting of ideas and about the coming together of factors or ideas. With an important harmony in Platform Gallery the works individual and combined of Paul Hallahan and Lee Welch show development is a matter of choice and is able to form from separate choices. How this is effected is not the point but it is neither unimportant this synergy is playing out with the work of different artists.
In a busy remorseless cascading visual feast in all media – print and font are implicit in having us observe an image or product. Here there is refuge from overindulgent and a coat of many colours identity crisis projected in abstract expressionism.

The certitude of form and editorial is harnessed with skill and amplitude by both artists. Seeing these paintings has a zen effect and a kind of primordial response as it seems they convey aim the chosen restrictions on marks and even in Lee Welch’s formative native kind of expression leads you on a journey forward but also and more so in the basic origins of pictorial sensitivity. By not approaching the tropes of restoration and period art they employ a vision of familiar participants in art.

Paul Hallahan has developed a water based approach devoid of rush or sudden instant immersion by using that watery transfer of colour in a fluid orchestral way. He has said he often paints with music as a soundscape. It could be fast in tempo or pastoral and it’s not necessary to know but it indicates the phenomenology of painting in a continuity of deliver of what inspires to what we are responsive to. Time is therefore another aspect and the work has a form in advance but fluctuations as it evolves it would appear.

Paul Henry is a reference point as is Grace Henry who is supposed to have combined the paint palette for the condition of colour blindness that only became publicly known sometime after his passing. The implication is that the essence of colour and the loss of sight by Monet and Matisse made them obtain aspects of their art no less beautifully formed as we appreciate those as well as the untroubled – can they be called ‘sight paintings’? They would have painted the tones of the day, where they were in the light preferred as observed and dusk daylight dawn, were in all parts equal.

Choosing to work in minimal ways the exchange of tones is enlivened beyond colour comprehension and maybe stimuli of full colour is set aside for another more subtle and in some sense moving flowing confluence akin to ‘event’ ‘occurence’ and not derivative of symbolic figurative themes. It is in my fires more a case of taking familiar art history themes and advancing current contemporary messages as visual – that word again I’m afraid! – confluences.

This essence is apparent in both artists with the combined work and its admirable the suspect ego often carried in creative work as a driver is confidently never present in canvases that are again taking colour and absences – Lee Welch has as colour the canvas chosen to be worked and both enjoy the informality and microbial speech patterns of canvas. It is even more enjoyed when you realise this exhibition is in a former line house trade building and flax colour is very provocative with the light poring in from the Antrim Hills beyond Belfast where the bleaching process took place to end up as finished damask in these trading and storage facilities.

When you look at the canvas there is a sense of journey intended or otherwise implied where damask and silver tableware is symbolic as it is tiny in the ‘period’ leanings of art history and patronage seen in several paintings. That is remarkable and what Gerard Carson’s recently passed father Cairan would have seen as that complex thing Happenstance. Really remarkable as the work in the Gallery shows. The work is an essay in show – the word show. The directness and need to or not to analyse the work is the appearance for our pleasure and experience to behold. There is communication on many levels in all the work.

In the small space there is the video installation of Paul Hallahan’s dog who has passed away. She is a pure bred Black Labrador retriever and is seen from beyond the grave. It is a homage to a well known and sadly missed and wonderful artist and person William McKeown who passed so young. His partner arranged the showing of a film in his honour of his ‘howling’ dog at a memorial and today his work is on show at Talbot Rice Gallery Edinburgh. Notable simplicity and connections can be made.

This exhibition has 10 contributors. 1 of which is the archive of Art Research Matters,and artists define the space as a unit of material examinations very attuned to the wastefulness alongside natural productivity of earth’s compass. It is enthralling and exotically bewildering as the newness of each action is absorbed in time. I will not dwell on too many pieces as the whole is comprehensively covered in a Catalyst Arts well written exhibition note as following on from – as a logical exposition of the joint Arts Research Matters (the meaning is fluid) with among others Platform Arts – the Timothy Morton hyperobject Styrofoam. I loath the word while it represents a hideous amalgam of architectural, construction utility devoured in multiple global buildings and often adored homeware pieces.

In the case of Jez riley French a performance of dissolving music into found objects and tailing his own sonic collection was a great event in it arriving as a soft piece of gentle and intrinsic intricate of how sound exists everywhere. In silent places unvisited using his much loved and Attenborough films and multiple geographies of screen and exhibition spaces. The detail is from his dissolving in acid ancient glacier rock and we hear the release of the trapped air from millions of years ago. It is symbolic of the dissolution of our existence and elsewhere in the Catalyst Arts space the combination of objects is the counter and opposite narrative. By hearing this dissolve in the library of other sounds the ecology of our universe is made real again in art form. Matmos is an artist video with the music developed an relayed through video and the plastic contained in an album sleeve alongside for posterity.

Then the glass containers the sound was mixed in are sitting still and some osmosis is carrying on. 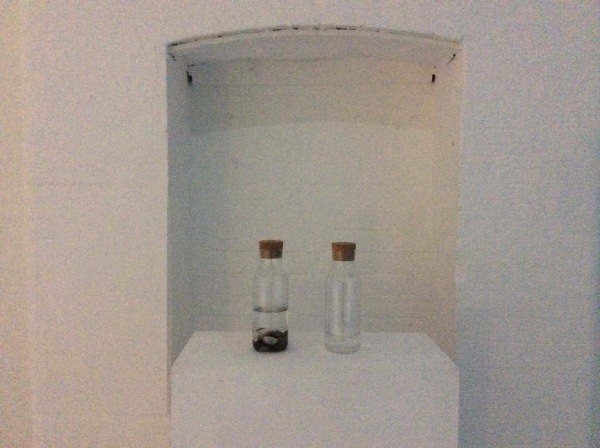 The opposite narrative is explored by Jasmin Märker has a derivation which is scientific and natural. It’s described limitingly as bio-art. By the combining of elements, some already composed from other chemicals like those combined to make plaster, fertiliser, there is an exploration of what happens when these elements (the list of others contains foraged mushrooms, oat bran, common house spider along with other ‘objects’). 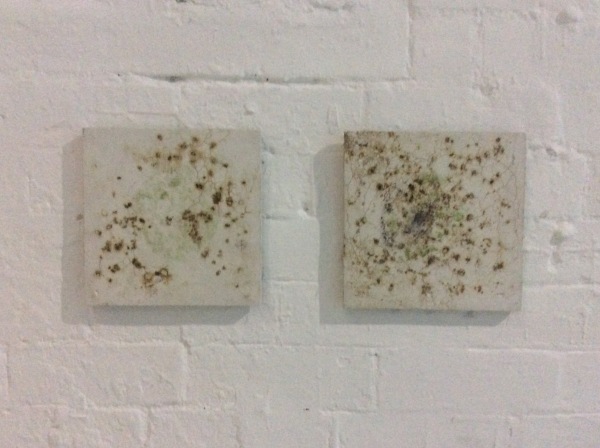 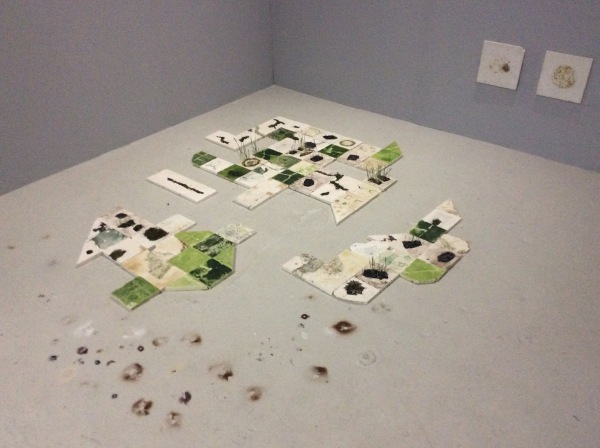 It has the Hyperojects exhibition name, a bit off putting, of Slime Dynamics II. Jasmin Märker is straight to the point. The installation takes the form of preformed tiles and accompanying wall pieces that create a luxurious environment. Much as our own earth is a luxury environment which in no small element remains a luxury. 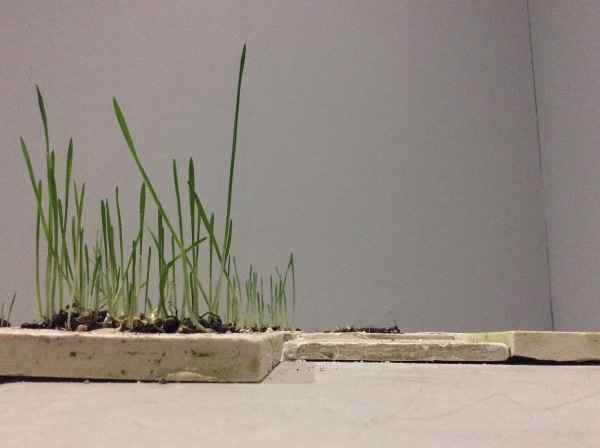 The installation is in my eyes that ‘platform’ Jasmin creates for the amalgam or organic actions to continue once introduced to each other. It is as a W ord sits alongside another and describes another form. 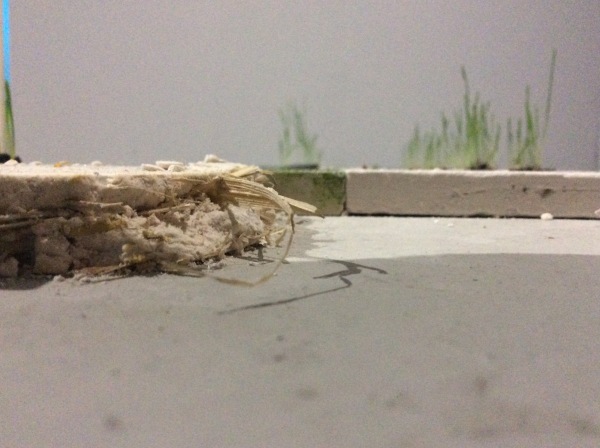 The object be it of our desire or destruction. In conversation with the artist I obtained recommended reading. In pursuit of silence. Film. Timothy Morton Humankind. It is a book on human nature. This recommendation is parallel and touches on the way the forms we see represent in a way the manner creation happens. The impulsive narcotic behaviours compelling us to think and mutate in art form and in our lives. The geography is changed. Here is a small contemplation in an arts space. Returning to the space after a week or two the evolving matter is alive and well. It proclaims the miracle of existence not only of ourselves but the matter that strings us together and connects us with this unexplained existence. The nature is absorbing and trough their piece which I find to be – after the signs floated in the audio of Jez Riley French totally successful in its object. Hyperobject in many layers of meaning and was seen and continues to put forward notions of what that metamorphosis is dong in the present time. 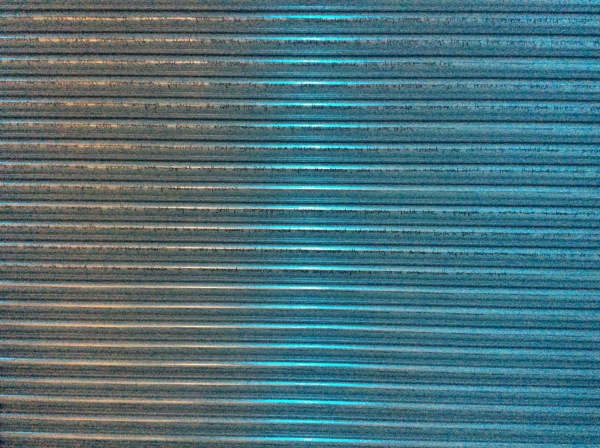 The actual location is being microbiology at work and even the doors are providing defences and barriers to the installation within. 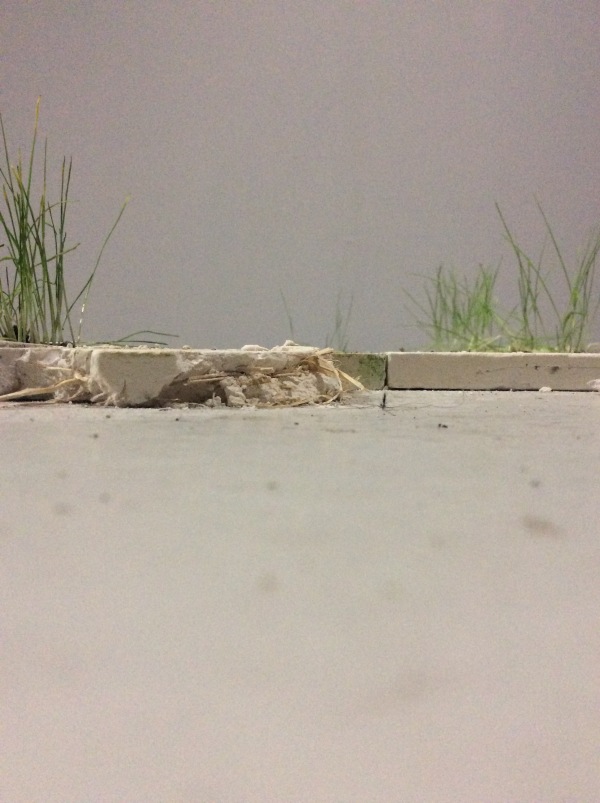 There is insufficient time or space in this critique to cover the other installations but it is safe to say they all collectively made a deep impression and expanded the means of learning objectively. 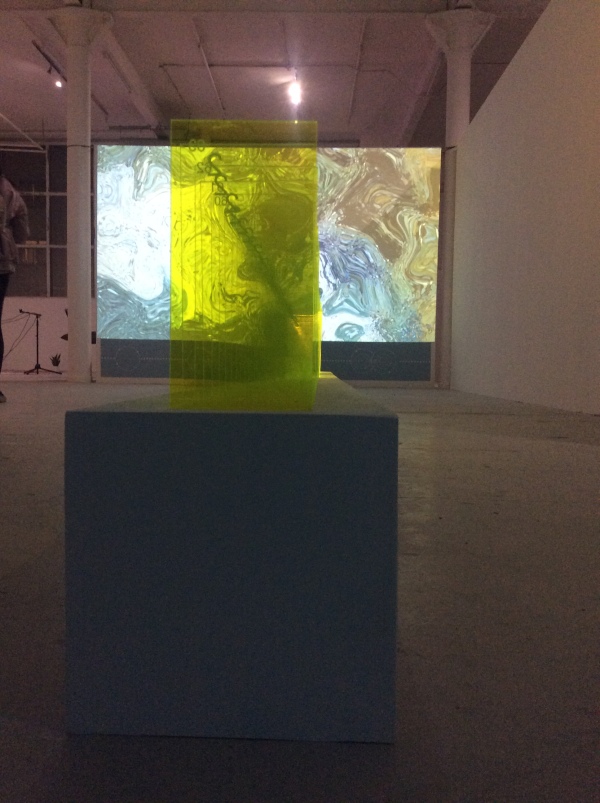 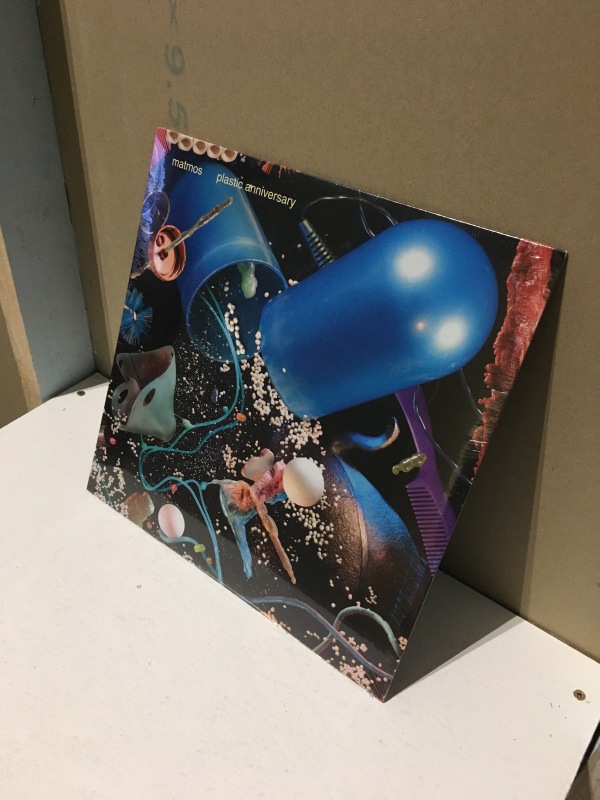 Sent from my iPad

All views are my own in this essay. 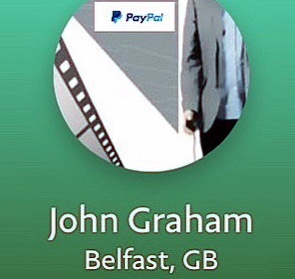