Is this a portrait of women on frontiers of life?

We are invited into a slow moving trilogy of women’s stories loosely linked in the vast State of Montana.  Arrival by train either stopping or passing frames the small town together with the freeways and intersections this film borders on.  The narrative sets with the first of the stories introducing Lawyer, Laura Wells played by Laura Stern.  In an unbashful undecorated interior of a hotel or rental we meet her having a lunchtime diversion with Ryan (James Le Gros) before we roll onto her place of work in a town lawyers practice where a client without appointment tries to engage her on his apparently hopeless case.  A story of industrial injury is the wreck of this fifty something year olds life and stoically Laura engages as she has arranged for the annoying irrational but troubled Fuller (Jared Harris) a needed second opinion.  This sets them on an adventure of a dead end kind. The pace of daytime routine, timekeeping is a forerunner to the entirety of the films tableau.  Days are repetitive, boring mostly, stuck in seasonal weather, this time is late autumn going on into winter.  With the next two stories we are tested to enquire if their interlocking as they have tenuous connections.  The frailty is purposeful and as a thin metaphor for the crossing of paths.  Some secrets are held among the excursions of the town we intrude upon. Each story creates a passage of time in the short term and as future anticipated.  The sounds of the train, the cars, natures birds singing, animals in a paddock or stable genuinely create descriptive immersion to a pleasing unaffecting environment.  On one excursion typically random, Ramy Groovy Thunder, the endtitles reveal, is an Indian having taught the Shopping Mall White schoolboy Indians.  It serving as a reminder of farback life. The tow of the film takes us to many places and none confining except through the constructs consciously or unconsciously assembled by the characters we meet.

For anyone expecting action it basically happens when we finish one story and go onto the next.  The Maile Meloy short stories are melodies of brief interludes.  Vignettes of totally different scenarios.  As a stories collection they are known as Certain Women.

The start following Laura as she is alone and excercising her freedom as a free spirit led to Law presumably by its formula of right and wrong in conflict and requiring sorted out.   The extent of her stoic outlook is a famiar middle-aged acceptance of the worlds toil.  In helping fractures mend she is a realist and becomes at times contemplative though this interior life is not really examined or inviting enquiry.  This is a problem in creating divided, seemingly unconnected stories and it is not Women as say, a Robert Altman Short Cuts.  What this film succeeds in is creating a slightly meloncolic and sensitivity with an inquisitive narrative in which you are to form pictures of lives and emotions behind them without creating too many sub-plots.

Gina Lewis (Michelle Williams), wife to Ryan, who we has appeared briefly before.  Gina is walking a forest trail.  A motor track which has sunlight invading in spades of light.  She is kitted for running and stops to scuff her heels and sip a drink.  Her gaze is studious and she absorbs her surroundings slowly.  Everything is done slowly, almost, and she approaches a camp with a bedecked large tent from which a small family argument appears to be in progress.  Ryan and Gina have a teenage daughter Guthrie (Sara Rodier), who while herself enjoying the outdoors has limited patience and it is stretched even further when a promise they made is broken.  They go to a elderly lonesome friend, Albert (Rene Auberjonois), who is prone to mishap and has large acreage of barren land between him and the freeway.  His house is a pitched roofed bungalow with what looks like replica wood shingle and it’s wide windows insulate him from the outside which he occasionally listens to.  His recollection of birds is intact.  He maintains a tidy homely house and a minor tendency to forget as he does when the subject of the stone is aired.  This is a relationship which Gina is careful to handle as she it appears in this scene to be the one who most needs the new house to be of her identity and not a joint one which Ryan is happy to go along with.  This presents questions on the extent of discord in realationships and how solid a construct they need.  The home Albert is happens to be a replacement home and as I hinted it is of a compromised modernity replicating what was.  The sandstone also represents a past era and it got knocked down because its use passed.  It was no more than a building blocking a view. 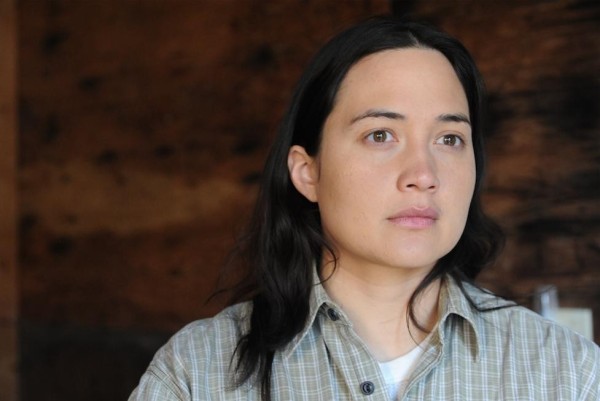 Jamie (Lily Gladstone) is a ranch hand.  Working on her own she looks outside for experience of the town she is on the periphery of town.  With this she free bases an evening class for Teachers interested in School Law at which she becomes interested in the alternative life of woman called Beth (Kristen Stewart). After the class she introduces Beth to the local diner in a food refill before her 4 hour journey back home. Having struck up a friendship Beth provides a diversion from the ranch routine which fills the introvert Jamie with touching connection, (metaphor) to someone who perhaps has similar needs despite being occupied with life in a town.  The simple chosen life of Jamie is a deep contrast to any other characters in the film.  Hers is a solitary occupation where time is driven by the habits of animals.  Feeding them, turning them out, tending to their physical well being, sheltering them and exercising them if needed.  This is a directing calling to be at one with nature though these animals are captive almost dependants on her and create a nascent family.  Their is little in the way of return for her other than the fact they are not humans and don’t talk back or play with her emotions.  This though is a life of isolation which she sees the voids in and her gentle temperament – her back history as the others is unexplained – takes her not to bars or dances seeking a partner but what appears at first a community gathering but turns out to be a class.

Of all the pictorial stories I liked this most knowing the satisfaction working with animals gives you and the latency of uncovered patterns of nature as seasons and habits rely on the earths cycle rather than a man made one.  Jamie’s quiet mostly manual work has an honesty also.  She is relied on by these animals to a degree and she brings them along as children.  Beautifully photographed and with repetitive acts we enter this soft routine world.  There is contrast from shots of a stable barn interior darkness with a horse entering through the light of the door and there is the unharnessed light of the outdoors filling the frame as the horses cross white snow covered paddocks fenced with metal grids and moving between the hay bales broken and scattered and the pack leader chases of his fellow horses with mild rebuke and gesture and they settle to feed.  Exterior and interior are so clearly marked here.  The stable barn is seen as a long corridor with tack hanging on pegs and sliding stable doors which are open closed as Jamie moves horses about to clean their stable.  The repetitive act of this housekeeping is watched from a distance at the end of barn exentuating the routine and emphasising the habitat.  The editing of this story is more expressive of the county of Montana than is otherwise seen.  While Gina is intent on making a homestead – her ideas are unclear for example as she is uncertain as to the use of the mountain sandstone she acquires – and putting down a marker is her aim mostly while her relationship and the fragility includes ambivalence towards a teenage daughter whose options and choices perhaps exceed hers.  Jamie is in need of contact and her behaviour while understood is odd and not able to fit the normal things expected in life which is oddly reassuring and plays out with a really affectionate scene where Beth gets to male a connection with the animals, a horse which she otherwise would not experience.

Kelly Reichardt’s film is a set of miniature dramas to savour.  Her script, control of framing and pacing, editing and work with a very effective and wise cast deliver a modern allegory representational of our control of our habitation and our proximity as always to the nature we move east, west, north and south through.  Only here are the NW, SSE movements as we track across other people’s lives with degrees of impact kept for later questioning, while the freeways, trains, mountain tracks, forests provide a view of wider world reminding us of its eternal presence.  In Prodigal Summer, a book set in a similar part of America, I’m currently reading, a sentence reads, Out of the light she could almost see the calm air beginning to gather itself for the afternoon, the oxygen burgeoning between the damp leaves.  The trees were the lungs of the mountain, – not her mountain, nobody’s damn mountain, this mountain belonged to the scarlet tankers, puffballs, luna moths, and coyotes.   Kelly Reichardt’s film is a figurative treatment of one subject – our living world – under the guise of another – our living with the world, with thecrelationships though nots as detailed and integral as the aforementioned novel nevertheless place contemporary life and the variety of choices, without even a birth death, marriage or priest, minister to be seen as a complex picture.  It is not a movie of assurance, but and assured depiction of perpetual motion along which lives move among each other and this being an adaption of short stories weave a wonderful rewarding insight to the human adaption in every era.  This is a very satisfying watch which contradicts its simple form by illuminating several angles in life’s tapestry against a familiar backdrop.  No large life shifting things are present.  No child in a hospital fighting for their life, no violent intrusion, no traffic or domestic accident or unnamed catastrophe.  It is an ensemble delicately woven and splendidly transformed from the page.  Very different from the usual cinematic experience which is a feat in itself.  If any feelings of incompleteness occur at the end it’s because life is. 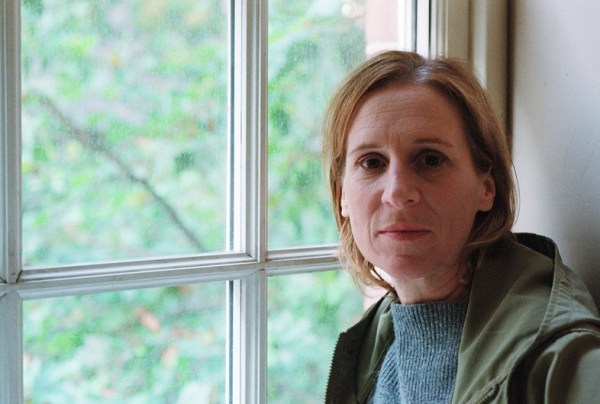