This is Malala
The film is a documentary and part animation of the rise fall and rise again of the young Malala. She is interviewed by Davis Guggenheim over a period allowing her to narrate her one story and allow us into her interior home life as we also meet her inspirational family.

Some may see this as a campaigning movie but as Malala enters her 18th year she is considering the options for university along with millions of others and she will strive as an individual and not as a celebrity speaker to take on board all that education means. The right wing deplore her as self occupied and have sterile as expected reposts which are easily dismissed. So what of the film?

Her father is Ziauddin Yousafzai and he along with his wife presumably named Malala after a mythical woman who inspired and drove Afganistan people to fight against English imperialism. Not much alters in truth but this source of inspiration lay deep within her father obviously and his ability as a teacher not alone teaching Malala but at his own independent school, one he set up taught his pupils to question, reason and dispute anything which did not accord with their conscious.

The early life is told by animation in part as is the reenactment, in the style of the recent Persepolis complete general release feature film though there is muted colour and playful dreamlike sequences. The narration continues as Malala quite descriptively and spontaneously weaves a picture of her life.

Her father in an early aside suggests they are two souls in one. It is the union of their souls and harmony on things which is compelling and propelling the strength of their common beliefs and consequently their achievements.

Activism
Of the most critical, central almost fatal event which thrust Malala into our world consciousness we are gently taken towards it through the journey leading to the actual event in 2012. It is not only because the bloodshed and detail is shocking and may be too much for the younger audience Malala and Davis Guggenheim wish to reach but as a means of telling how she became a thorn in the side of her assailants the Taliban, the story takes us into the little known or less widely known penetration of the Taliban into the beautiful Swat valley in North East Pakistan and homeland of Malala.

Islam beside us
The truth about Islam is known and has been known for thousands of years and the place alongside other religions and faiths is one of harmony and tolerance for all except the misguidance used by a small virtually non-Islamic for the most part corrupting its core beliefs.
Only through the dismissal and manipulation for power and control have any violent insurrections of perfidious uprisings arisen. The religious faith and continuity of religions is always carried forth by the people who without ministers or partial influence carry internally and forever consciously the intimate knowledge inherent within.
Of course there is a component of teaching which Malala has received but and one of the first to provide testimony of this is quoted here – to cause or influence (someone) to accept an idea or feeling (usually followed by with ): Socrates inculcated his pupils with the love of truth. is the inculcation inbred. 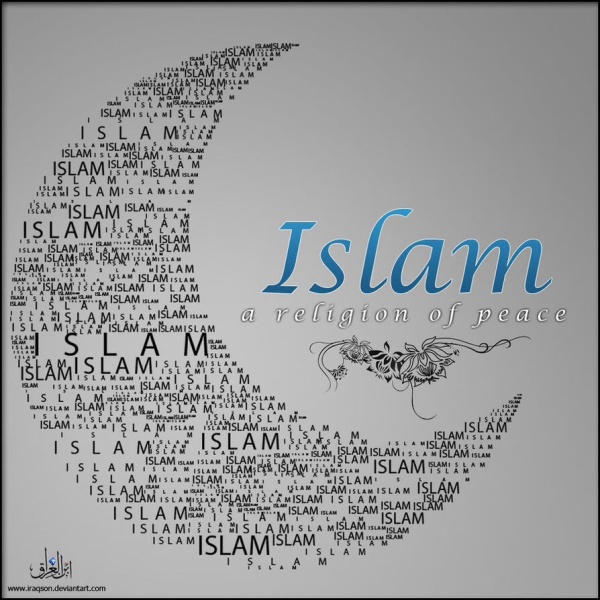 Witness
It is harrowing, gripping and life affirming to watch this film reveal a side of humanity which has been suppressed and troubled by constant power based treachery. The news agenda which Malala became apart of is shown well before she became targetted. Her use of media as a fifteen year old under constant threat and continual oppression at school and suppresion of her right to speak her mind alongside women and children universally led her to become a voice to the world – she became the anonymous broadcaster through the internet of her plight as a resident of the Swat valley on the BBC Radio World Service. She would be able to transmit daily dairies as as voice within the occupancy by the Taliban. Her pen name was Gul Maki.

Here are a few of the messages she has since brought out as her driving wishes and thoughts.

‘One child, one teacher, one book and one pen can change the world.’
‘There is a moment when you have to choose to be silent or to stand up.’
‘We cannot succeed when half of us are held back.’
‘When the world is silent even one voice becomes
How to respond
Malala Yousafzai sets a task for us. She acts and provides with admirable focus and selflessness a centrality of goodness and willingness to change the harmful tragic parts of our world and human behaviour.
The honorable and right thing she suggests is inside us to find as she has found through the ability to learn and accept the clarity of focus and direction the supreme being and giver of life has provided us with.

This film enables us to learn further and take in the universality of our own difficulties and recognise them as failures to confront them and being silent.
There is no problem with activism and the voice will have inherent value the more it contains the truth and not lies.
Bring Education to all.
Sixteen-year-old Malala Yousafzai was shot in the head by the Taliban for being outspoken about her country’s education system. The Pakistani government spends seven times more on its military than on education. The Taliban banned girls from attending school. Pakistan’s literacy rate is among the lowest in the world, with the number of school aged children who don’t attend school is second highest globally.

Malala survived and is now the youngest person to ever be awarded the Nobel peace Prize for her activism for female education. This is the story of Malala’s fight for a right to education and freedom.

Buy a T-shirt for $25 to support girls education in Pakistan. To order email at malalafilm (at) gmail (dot) com

Download online by clicking this link: Vimeo on Demand

Organising a screening of Malala: A Girl From Paradise is an easy and effective way to support. Call a community to action and get your friends, neighbors and colleagues engaged in supporting girls education.

Feel free to tell us about your plan to hold a screening in your community, school, college or university. We’ll mail you a DVD of the film for your screening event.

More information
Please note: The movie is rated PG-13 due to the violent attack on Malala; no on-screen violence is portrayed in the film. However, it is recommended that, for children 4th grade and below, parents exercise discretion as to whether their child should attend the film.

Stand #withMalala is a global, multi-platform social action campaign that will accompany HE NAMED ME MALALA. Like over 60 million girls globally, Malala struggled for the basic right to be educated. The combination of poverty, violence, and tradition holds girls back, limiting their individual potential and stifling economic, social, and political progress for their local communities and the world as a whole.

You can visit http://www.Malala.org to watch the movie trailer and to get involved with the campaign as a family. #withMalala in support of girls’ education.

Activist Malala Yousafzai (R) and her father Ziauddin Yousafzai (L) attends the premiere of “He Named Me Malala” at the Ziegfeld Theater in Manhattan, New York, Sept. 24, 2015.

Kailash Satyarthi (born Kailash Sharma; 11 January 1954) is an Indian children’s rights and education advocate and an activist against child labour. He founded the Bachpan Bachao Andolan (lit. Save the Childhood)

Conclusion #####5
An outstanding treatise not just on human rights and equality but an exposê of the terrorism used by the Taliban and their suppression of women and denial of education to children in a section of a nation not controlled by the state. The depth of reporting the truth, the dangers of freedom of speech, the extent of oppression a few armed people can bring to many who disavow violence is palpable and horrific. The messages are universal and the strength of will inherent in the vast majority is once again shown. Malala and her Father have shone a light in a dark corner opened our eyes to hidden unspoken horrors and provided hope for countless thousands as the struggle which is being won continues. The film is one example of the openness of this century and the continuing expression of individuals who bring to the many the suffering being inflicted in previously virtually untroubled locations. Living in peace is not a right but a principle of life.
Foremost is the true heartfelt religiosity of Malala and her Father. Not prepared to condemn others visions of their spiritual faith but to commend it to the same supreme creator as present in all humanity.
Civil rights follow from Human Rights and are to be our goal.