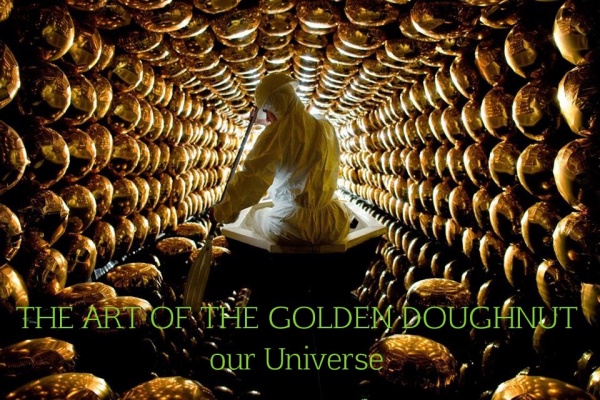 It is a week without a film to review though I watched on a large screen the film about the Stasi ‘The lives of others’ which is not exactly fun (unlike Goodbye, Lenin) but is one very strong piece of important believable cinematic narrative.

So instead I put over a piece of science news after this intro.

The Nobel Prize for Literature, it was just announced, went to a lady – one of the few if any to receive this particular award, from Belarus where the leader this weekend achieves his mandate with a thoroughly extraordinary 95% or thereabouts vote. Her novel is a fictional/non-fictional – you decide re telling of interviews following her earlier use of the form and you can find the details by looking at the Nobel Prize website links.

Nobel Acknowledgement
CND is not Corbans New Democracy or indeed Can Nuclear Deliver but was a symptom of the Cold War standoff which concerned our lack of control over Nuclear fusion and what is now called Nuclear Proliferation.
‘Nations’ are already armed to the hilt across the planet to make meaningless any strategic inroads to depletion of stocks of nuclear functioning weaponry.

So it comes as no significant shortfall that one declaration of world wide scientific and other knowledge based and intellectual achievement comes under the temple of Nobel patronage. The Swedish scientists institution for awards was started after his death in 1896 in 1901 from largely arms derived finances and it scopes out a plateau of highest achievement in several fields as judged by peers and experts of suitable standing.

Into this piece of world demography comes this year the award in the field of Physics recognition of the discovery made in the crust of the earth – so far down as to avoid the interference of earth surface radiation or any kind of radiation that became the foundation of work leading to the breakthrough discovery of what happens to the energy emitted by the Sun as electro neutrinos as it crosses the universe to earth.

Prof. Kajita and McDonald win the Nobel prize.
The leading researchers at Japan’s super-kamiokande and Canada’s Sudbury Neutrino Observatories were studying neutrinos coming from cosmic rays and Sun for nearly two decades. These neutrinos are created from supernova explosion, from death of stars, to reactions in nuclear power plants and naturally occurring radioactive decays. (Para quotes my mystery scientist!)

All calculations previously opined 2/3 of the energy had dissipated in some way or been neutrialised on its journey but how?

It seems it on leaving the Sun or as any other expulsion like a death star there is a conversion into two other types of neutrinos.

Australians, even those Rugby playing types you see demolishing teams on the way to placing an Ovid shaped ball at the opposite end of the field or pitch known as the tryline call a Sunbeam an unused kitchen utensil left over at the end of the barbecue or what other means of food consumption they happen to be indulging in.

No the Sunbeam or Sunray to be specific is both heat and light from the Sun which is about 93,000,000 miles away. (I remember the day our science teacher at school pretended to calculate from the clinker covered hockey pitch on day the sun could be seen in our northern location, the distance with a rather large tee square he someone managed to lift out of the drawing masters class without him realising, and with a string and blackboard diagram by trigonometry ascertain its relation to us.
All we got were sore eyes looking directly at the sun for too long, sporadic incidents of headaches induced by same and nausea brought about by wearing a School tie while gawping between him and said object.

Japanese scientists have proven the hitherto theory of depletion by experiment. See the photo at the top kindly posted by my scientific advisor who again must remain nameless who brought this achievement to my and a wider audiences attention.

While he was boiling his breakfast egg, (egghead!) or demarking the line to which his skimmed milk must reach to correctly enrich for taste his simply oatalicious Museli or comparable breakfast cereal is only a guess but it is this fascinating adjunct.

In releasing potassium from our bodies as an everyday occurrence we release around 5,000 neutrinos (per second) simultaneously as our own little radiation burst. Fancy that. If we all stood together and released them simultaneously and into a reflective device goodness knows we might even put another hole in the zone layer or if a double decker bus – hopefully empty see its top deck severed at the stair poles and the rest disappearing in a Cloudburst. (A good tune you will find on spotify by the way by Niagra – or perhaps the other way round – the long version is best!) so it is another mystery as to how we are our own little nuclear fusion devices but I’m sure my specialist scientific advisor will keep me across this in due course should other insights arise. Unless of course they might lead him to his very own Nobel Prize. Not entirely unlikely.

For this achievement to gain some (it clearly is not short of clarity of importance) I offer something which came up on the Morning Daily Service today on R4 which in pointing out our earths crust tell tales as it were on the Dorset Jurassic coast (there are even closer examples nearby to me at Larne for instance) giving us an understanding of a time wheel if not a history of exact scientific evidence as to its formation, we were reminded of the destruction initiated in Syria of the Palmyra monuments which is also attributed by some accounts to Russian bombing. These are small indictments considering the plainly inhuman aspects of killings and wanton population depletion in places like Aleppo. People cut down like wheat in the fields.

Reproduced from a newspaper photo by Associated Press for purely illustrative context.

The views expressed are entirely my own and no inference or any connections to others is meant or intended as attributable to anyone.