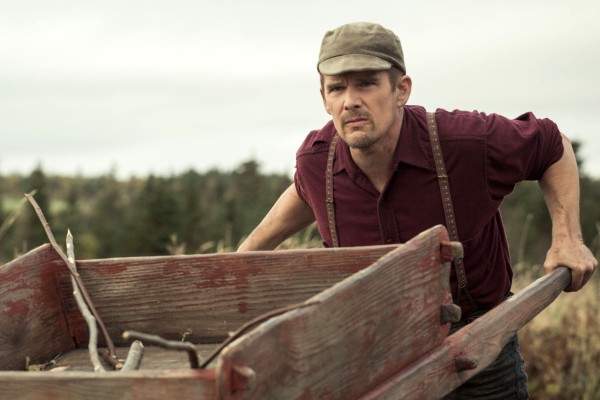 In Canadian/Irish production the biographical story of Maud Lewis, Maudie, is told loosely dramatising what must have been a devilishly difficult life. Maudie became a folk artist heroine of great standing by observing Canada and its nature in simple naive art. Her art was picturesque ethereal and colourful. Working everyday she painted every season creating a world few imagined existed anymore. It was a form of magical realism without the realm of fantasy.

Maud Lewis is a determined individual as this story shows. With challenges of firstly chronic arthritis and spinal curvature which meant she struggled to move efficiently, also she was very small and accordingly was seen by her family as lacking the ability to look after herself so ended up being looked after by Aunt Ida in Digby, Nova Scotia. Itself a fishing town on the outskirts of a vast continent it was nevertheless a settlement which suited her outdoor nature loving heart I would suggest. The trouble was the arrangement brought about by a financial arrangement with her brother Charles lacked love which she seemed to crave and be absent from. There is one incident which ‘defines’ the notion, she couldn’t look after herself which is where the arrangement presumably came about.
We see Maudie from mid adulthood and nothing is suggested of her life before then or where her artistic skills we nurtured or became mature. The film’s arc is her adult life. Born in 1903 she lived until 1970.  Little is made of her early life and instead of taking a wider arc it puts aside any melodrama, and events which would have affected her enormously.  Nothing of her parents or struggles to survive the severe rheumatoid arthritis but enter the story when she is being cared for by Aunt Ida or early ventures if any into art.

The town becomes a character as it provides the inspiration for Maud’s painting. In the local general store she overhears Everett Lewis played by Ethan Hawk, whose Hollywood haircut certainly looks out of place.  There are issues to be found throughout with the time passing element hardly depicting the 35 odd years Everett and Maud had time together.  When he puts out a requests for a housekeeper he  barely expects Maud to be the one putting it up to him as a woman who would do his chores when he is away on his wayfarer fish seeking and junk retrieval business.  He lives in a house about 8 metered square with a sleeping room in the apex of the roof.  It is very unkept but it is also a bit of a home.

Maud after an argument with Aunt Ida goes and takes the job and gets into a routine when Everett takes her onboard.  Everett has been brought up at an orphanage which he still calls into from time to time to get any useful junk they are throwing out.  He even sits down at a meal when it’s on offer with the children who are there.  This makes him very flawed when dealing with people an he has a temper which comes out as abuse with Maud.   Maud who has a number of ailments none of which would hardly be clear of pain.  Both characters are therefore set in an internalised world already with little notion or need foe wider ambitions.  So it is disapponting to see these two actors who are a neat fit spoil the exploration of the characters because ther are no scenes of deep recall or of their backstory.  Surely a major failing in gaining leverage.  Sarah Hawkinsat times seems affected which is far from what I would imagine her character to be.  The first instance of this jarring acting was early on when her brother Charlie is ‘negotiating’ the care of Maud.  She swings and swivels and then having caught this as a note twists her hair and this is often parlayed out later on.  Ethan Hawke places his ‘notes’ in picking up a piece f timber or a tool and chucking it behind him.  I got into a game of will he won’t he ‘discard this item’, it may work and maybe I’m over critical but small things matter as do the cars, the scenery and the seemingly implausibly long walks Maud especially takes to get around. 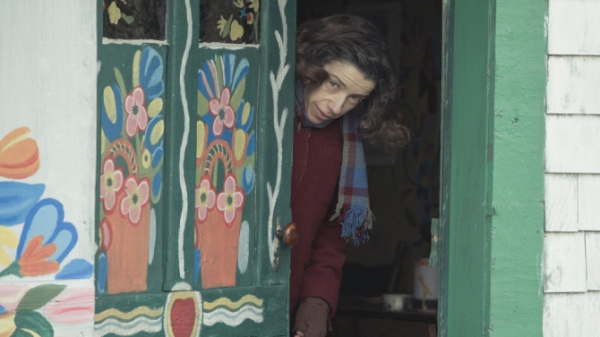 The compressed into a series of chapters separated or punctuated by the seasons marching on. We see lots of beautiful wide scope sunsets, serenity of snow filled peaks and spreading landscape along with the tableau of wild flowers seasons arrival is announced by. Just this week the story of the flower received a ‘scientific’ attribution. All flowers it seems derive from one of around 130 million years ago. The first one it is believed was a white water-lily.

Undoubtedly the film brings a broader perspective to the work produced by Maud.

Out of the small room comprising the living cooking dining and washing duties from the dark green distance of the walls would come shades of light green emerging into the daylight falling on objects.
As Liz (Dame) Smith once remarked about her loosing her mother when she was two, her mother only twenty three – it is an animal trait that if there is no one standing beside you, others can push you around without fear of confrontation.

There has been a routinely good response to this film but I found it asking more questions than it answered.  The ‘family’ situation was totally out of the ordinary and the people in what is basically a two handed do not talk about their lives.  They jointly discover intimacy and it is left aside with moments of abuse entering into it.

I have to say it left me totally underwhelmed.

Go see you will most probably learn from it.

Belfast.On at Queens Film Theatre from Friday 4 August through to and including Thursday 17 August 2017 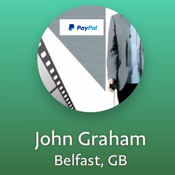 This is not a widget!